The ghost of the Cold War has returned. The world is on the verge of peace, for it becomes a fragile entity. The cancer of nationalism is spreading. Social inequalities are becoming more acute. The global climate crisis is threatening humanity. Wars and destruction of nature are crucial reasons for flight and expulsion. The Corona pandemic is proof that the social and environmental layers which protect human life have become thin. New struggles over distribution are looming – nationally, within Europe, globally. The 21st century will be either a century of new violence or a century of sustainable peace. That is what we are deciding today. We need civil responses, here, in Europe and worldwide.

A new arms race is already in full swing. Conflicts, wars and armed confrontations contribute to flight and migration.

Disarmament is not taking place; central arms control agreements have been terminated. New nuclear weapons are being stationed. Global military spending is hitting new record highs; the ten countries with the highest defense expenditure alone account for 75 percent. And they are to be further increased. Germany is in seventh place and had the highest increase among the top 15 countries in 2019. In terms of arms exports, our country scandalously ranks fifth. The madness must be stopped. Otherwise, there is the threat of new confrontation over the distribution [of resources] at the cost of social and ecological reforms.

Arms upgrades and build up are not the answers to the great challenges of our time. They exacerbate the risk of new wars and waste valuable resources that are urgently needed for a peaceful world order – for climate protection, the fight against the causes of forced migration, development cooperation, and the realization of human rights. The double risk of the suicide of human civilization has become conceivable, through armament as well as through the unresolved social and ecological crises.

Our world depends on reciprocity to create peace and realize sustainable disarmament and peace. A new policy of détente from a pan-European perspective requires a strong civil society, not division and exclusion, and certainly not a new nationalism. The peace project of a European civil society must continue to be a model for other regions of the world. Taking responsibility therefore means Abrüsten statt Aufrüsten (disarming instead of investing in arms).

In November 1980, the Krefeld Appeal was presented, and more than five million German citizens supported it. At the time, the peace movement refused to station new medium-range nuclear missiles in Europe. That is what we are calling for today. First and foremost, we oppose NATO’s target of spending two percent of gross domestic product on military objectives.  We call for a new policy of peace and détente, a system of common security and controlled disarmament. Arms exports to crisis regions, to belligerent states and to dictatorial or autocratic regimes must be stopped as soon as possible. The Bundeswehr (German army) must not be equipped with armed drones. We want a nuclear-weapons-free Germany and we are in favor of a worldwide ban on autonomous weapons systems.

The imperative of the moment is to invest in the social and environmental design for transformation – in universities, schools and day-care centers, in social housing, in public infrastructure, in more social security and in climate protection and in an ecological circular economy. Because those who want peace, must fight for peace.

We call for the nationwide day of action for “Disarmament and a new policy of détente” on December 5th, 2020. Participate! 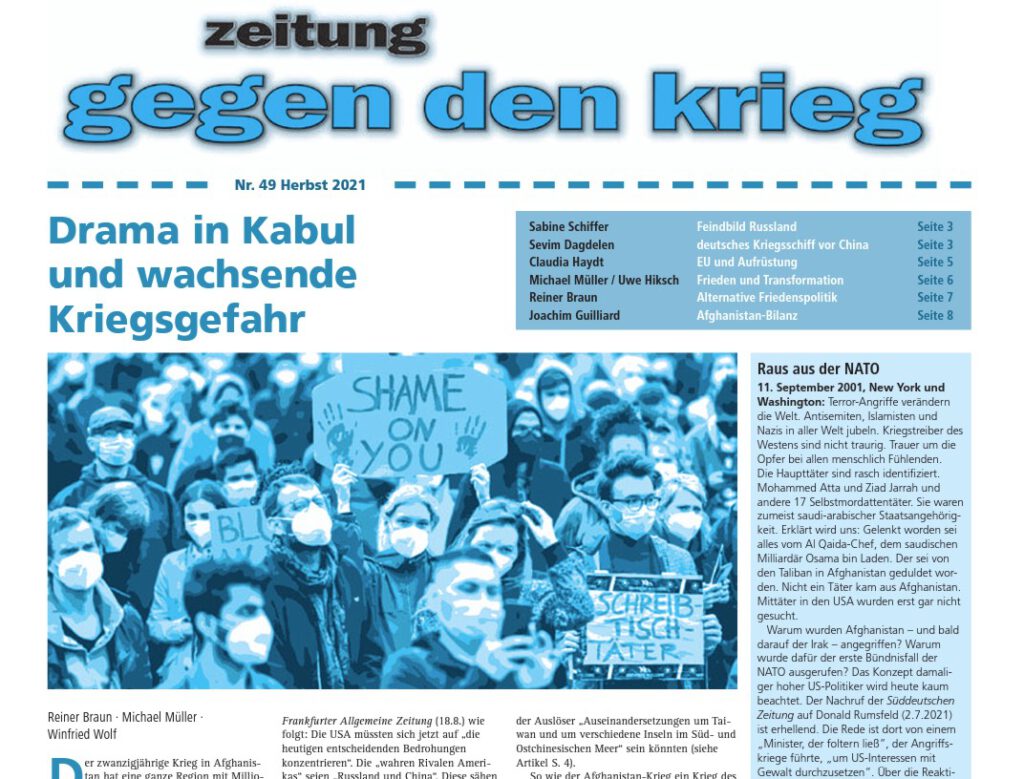 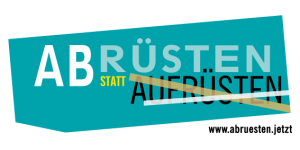 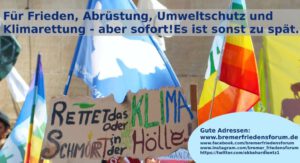